How was the curry with your son SH? Hopefully monster tv still intact eh! We had a similar evening - Mrs Jinxy working, me and football mad son a few beers watching 3 valued points in front of competitively priced beast tv.

As you suggest, when things aren't ticketyboo we have to dig deep. We are a humble club/city and when success has and will undoubtedly come again, we'll appreciate it while it lasts.

Food was great thanks Jinx, uncomfortable bowel movements hanging on at the end tho. Glad you and lad enjoyed.


Monk or Clement. Organise well. Keep shape. Nick a goal or two if you can. Effective, but f*cking dull most of the time.

i think we've played some lovely stuff for the most part of this season. But when we've been bad we've been bloody awful

cnting hell cant win on this board

Steve Cooper believes “throwback” Ben Cabango’s heading ability in both boxes is proving a real asset for Swansea City after the defender scored the winner against Coventry City.

The Wales international rose to nod in Conor Hourihane’s cross early in the second half to set the Swans on the way to a 1-0 victory and three valuable points.

It was his fourth goal of the season, but Cabango also defended superbly as the hosts held out a late rally from the Sky Blues at the Liberty Stadium.

And head coach Cooper was fulsome in his praise of the 20-year-old, as well as his fellow defenders as the Swans racked up a 17th clean sheet of the season.

“It’s a bonus having a player like that. It’s not a coincidence he gets goals, it’s good technique,” said Cooper.

“It was a brilliant delivery, one that Alan Tate had highlighted before. It worked to a tee, but it was down to the quality of the delivery from Conor and the desire of Benny to go and win the header.

“He’s a bit of a throwback as a centre-half. Quite rightly, people will write about the goal, but he played really well tonight and he’s having a really good season for us – as are Marc, Benno, Kyle and Joel who came on tonight.

“They are a handful, those Coventry strikers. We have seen what they’ve done to other teams – both the level of player they are and the experience and physicality they have.

“Our boys dealt really comfortably with that tonight, which tells me they are making really good progress.” 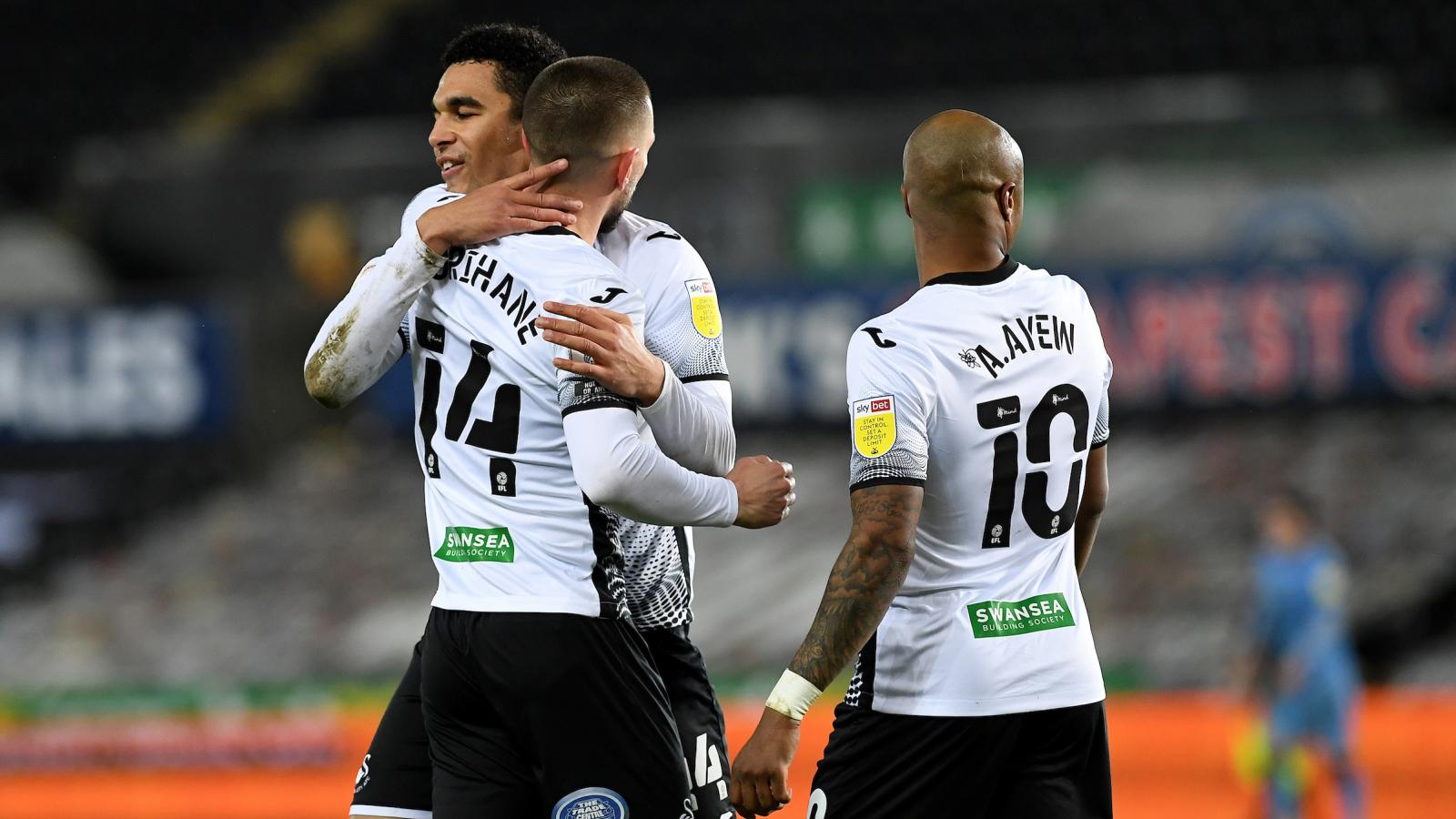 Mark Robins admitted it was a “difficult” result to take after the Sky Blues were narrowly beaten by Swansea City at the Liberty Stadium on Wednesday night.

City looked strong throughout the contest in South Wales only to fall to defeat to a Ben Cabango goal early in the second period and couldn’t find a way past Freddie Woodman in the Swans goal despite creating plenty of chances.

The manager felt his side were the better team on the night but weren’t strong enough when defending the set-piece that led to Swansea’s winning goal.

Robins said: “We had most of the game, we started off brilliantly, we played some great football and kept a team that are near the top of the division down to one chance, it’s just difficult to take.

“It was a really poor goal and when it comes down to something like that it’s unforgiveable, we have to defend properly, it’s a brilliant ball into the box but we’ve not been strong enough to stop Cabango coming through our first block.

“We do everything right, we’ve not managed to get a goal, we’ve not had that quality at the right end and we’ve not defended that corner, we’ve done everything else really well.

“You’ve got to dust yourself down and get on with it again, another opportunity has gone begging and we’ve got to go again on Saturday and get ready for that game.”

Robins also felt his side should have equalised when Kyle McFadzean fired wide of the post and wants his team to improve their end product.

“I think there was a penalty in the first half for us, you have to take it on the chin and take some of the chances that we created, we were undoubtedly the better team tonight and we were really unfortunate.

“We’ve just got to be better because we’re getting punished for things and at this level you get punished.

“All the way through we’ve had good ball possession, we gave the ball away too cheaply, the first 25 minutes was as good as anything this season, then we became rushed and kept giving the ball back to them.

“The goal comes from a corner out of nothing, it’s a really good team this Swansea team, they’ve not hurt us, they’ve not played around us, we should have had one back through Kyle McFadzean, I thought that was in, Max has gone through a couple of times, the end product isn’t what it needs to be.” 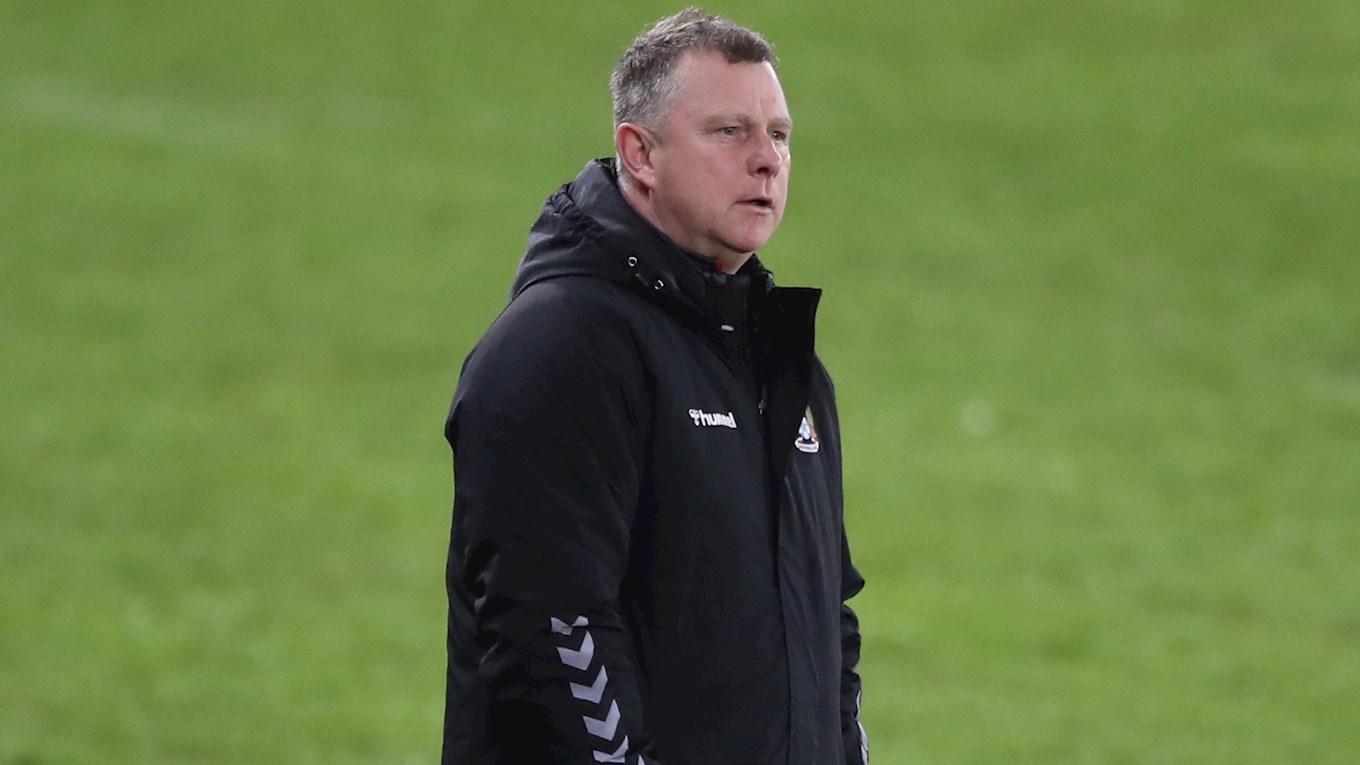 Ben Cabango toasted a “perfect evening” after his goal and another clean sheet saw Swansea City return to winning ways against Coventry at the Liberty.

In a tight game in SA1, the Wales international nodded home Conor Hourihane’s corner after 53 minutes to ensure the Swans bounced back from their defeat at Huddersfield on a winning note.

The 20-year-old’s fourth goal of the season – on top of a 17th clean sheet of the Championship campaign – ensured it was a good night’s business on a personal and team note.

“We've been working a lot on set-pieces,” said Cabango, who is now behind only Jamal Lowe and Andre Ayew (both nine) in the club’s scoring charts this season.

“It's always a good delivery when Conor's putting them in the box.

“It always helps for a defender to get goals and, like last night, they can be vital for the three points. I just want to chip in as many goals as I can.

“It was the perfect evening - a goal, a clean sheet and three points.”

The outcome was the perfect response to the 4-1 defeat in Yorkshire last weekend, with the Swans showing their defensive resolve against a Coventry side that had beaten Brentford in their previous outing.

And Cabango was quick to praise his team-mates for their latest clean sheet.

“We're just a solid unit - it's not just the back four, it's the whole team from Andre and Jamal to the midfielders and how hard everyone works for that clean sheet,” added the centre-back, who has now passed 50 appearances for the club.

“It's so important to us. We strive to get those three points and the clean sheet. It helps us to build.” 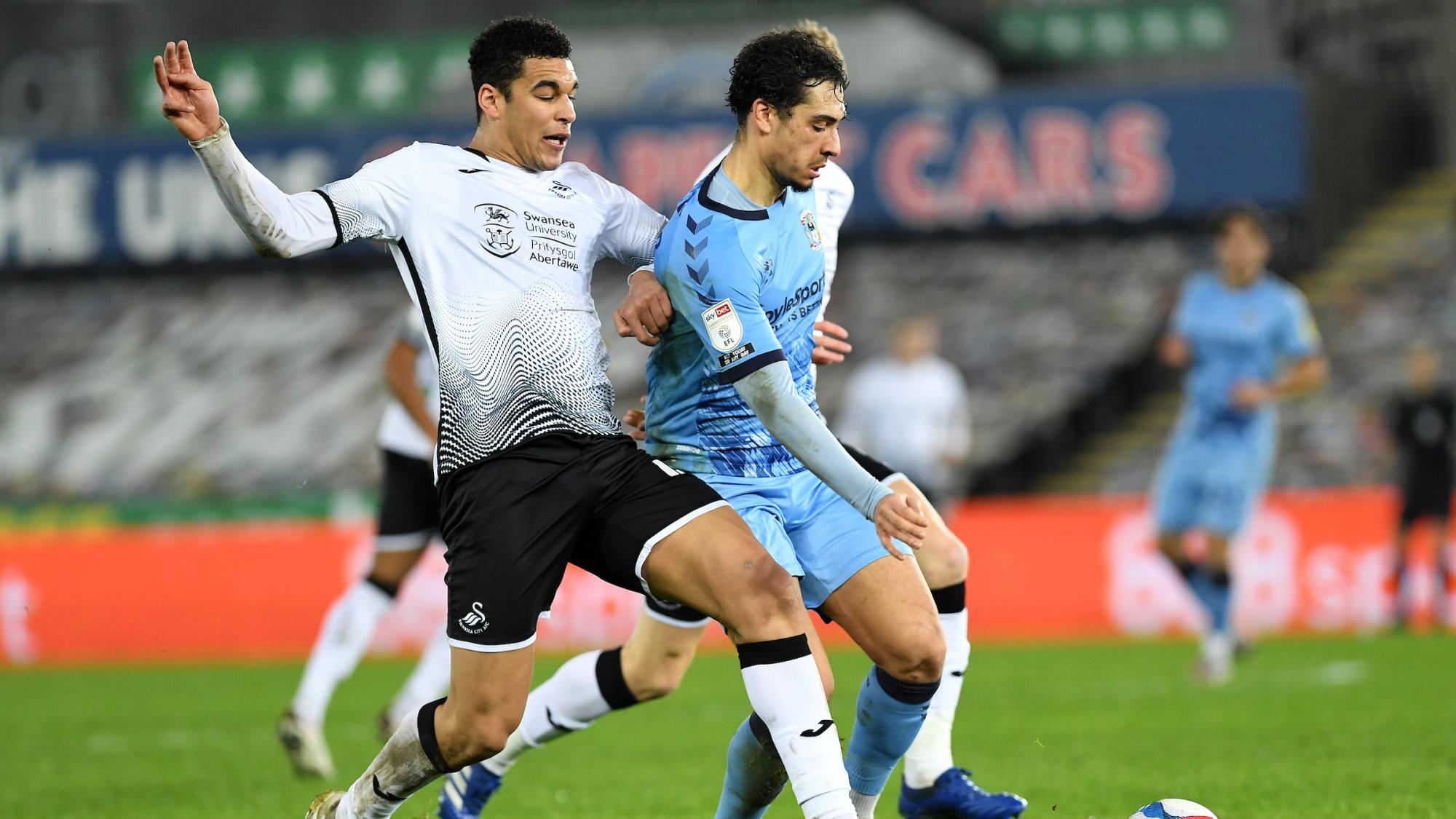 Disappointed with his own performance again.

Frustration at having to defend more than he's given the chance to attack.