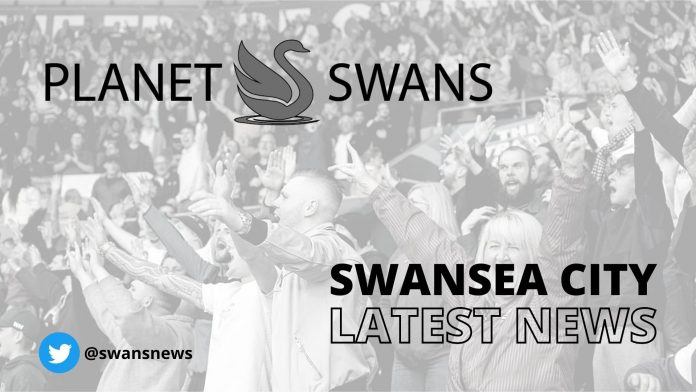 The four day Platinum Jubilee weekend was designed to be one of national celebration but reading an article yesterday via Wales Online it felt like there was little to celebrate as we walk through the early days of the transfer window and the summer ahead that currently has more problems than solutions.

This is not a dig at Wales Online as they have simply laid out what must happen at the Swans this summer for us to be able to grow as a club but we all know that movements out are essential before movements in and this is very much a waiting game for us as Swans fans to see who departs first.

We seemingly have already missed out on Kai Naismith as we could not currently match the wages that Bristol City were offering him and we appear to be heading down a similar road with Chiedozie Ogbene who has the security (and value) of a new Rotherham contract under his belt which means he becomes outside of our price range at the moment.

We  have known for some time that the Swans need to free up room in their squad not from a numbers perspective but from a financial one.   Ryan Bennett and Jay Fulton are big drains on the budget but under contract and holding more aces than us as far as their next move.   Joel Piroe is the big financial draw in terms of a transfer fee and whilst there will be interest this summer we have to wait for, and conclude, that interest until such time as we can move on new targets.  Our owners will simply not allow it any other way.   Next level see.

Flynn Downes, Matt Grimes and a few others could also attract interest and bolster the coffers but the stark reality is that without the sales deemed necessary we will not have the funding to improve massively on a squad that finished 15th last season.

These are early worrying signs at Swansea.   A bid and sale of Piroe tomorrow could make a massive difference but the reality is that it is unlikely to happen this month and by that point we see other players – Joe Allen a prime example – maybe making decisions on their future which could be away from SA1.

Then we have loan players from last season who seem willing to return but again seemingly outside of a budget which will leave us scouring the lower divisions across Europe in the hope that we find the players who can improve us as a team.   We know more than anyone that this is possible but do we have that scouting infrastructure to make it possible these days.

When Huddersfield fans tell you that Josh Marsh was  “Responsible for the worst transfer window in our history” it just adds to the general feeling of pessimism that can appear when you know what is necessary this window.

Potentially?! Nothing has ever come close. Destroyed the club and it’s taken 3 seasons to recover

Back to the sale of Piroe – there is nothing to say it will happen in the early weeks of the transfer window.   I read on Twitter the other day that Russell Martin had said that a sale had to happen early but we have made it abundantly clear as a club that we are willing to sell and that in itself opens the door for clubs to test that mettle and hold out for as long as possible.   There is every chance we could panic and sell cheap in the window as the result of what feels like our own naivety already.  Who blinks first?  We already have.

Russell Martin and his staff have their work cut out for them this summer as they will have to navigate some particularly choppy waters during the course of the next few months – we wait and see what happens but expect more rumour, speculation and “impeccable sources” everywhere but it’s more a case of see who goes first before we worry about who comes in.

The Swans head to Oxford on Tuesday evening for a League Cup tie in the season that will mark 10 years since we lifted...
Read more

Joe Allen is finally expected to make his second Swans debut when the team take on Oxford United in the 1st Round of the...
Read more

Russell Martin makes several changes to his starting line up from Saturday's home loss to Blackburn as the Swans travel to Oxford in the...
Read more

The Swans head to Oxford on Tuesday evening for a League Cup tie in the season that will mark 10 years since we lifted...
Read more

Joe Allen is finally expected to make his second Swans debut when the team take on Oxford United in the 1st Round of the...
Read more

Winter and Silverstein offer no hope for Swans fans

As the Swans fans were made to suffer a pretty weak capitulation to Blackburn at the weekend many eyes turned to the directors box...
Read more

Perhaps the poorest performance under Russell Martin amongst many other contenders came on Saturday as Blackburn Rovers arrived in South Wales and had an...
Read more
7,892FansLike
14,174FollowersFollow