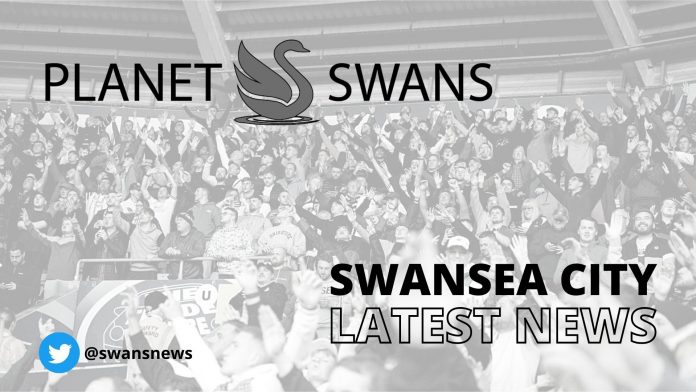 You could be forgiven for not entirely being sure if they are on the same page or actual at a level of loggerheads over the policy but both Russell Martin and Jake Silverstein were active yesterday in laying out the summer transfer plans ahead of the last game of the season that takes place at the Swansea.com Stadium this afternoon.

Jake Silverstein has taken on the role as main spokesman for the owners despite not actually having a visible shareholding in the club and released his/club’s statement via the official website shortly after Martin had faced the press and questions about the summer transfers following the recent departure of Mark Allen.

Martin talked about the plans, targets and his ‘hope’ that his requirements will be backed in the summer whilst talking about sustainability, investment and the problems that are caused when owners decide they don’t want to invest?  A small dig at the ownership group?  Quite possibly.

Silverstein used his column inches on the club’s official site to warn that the club would not continually spend more on transfer fees than they bring in via sales setting a pretty clear expectation that the budgets in the summer will be solely dependent on who we can sell sending out the warning signs that tomorrow will be the last game for more than just those we could be releasing this summer.

He wrote “Off the pitch, we continue our work towards building a financially sustainable football club—this, too, takes time and hard work. One core principle of financial sustainability for a club like ours is a player trading model whereby we identify, develop, and eventually sell young players to boost revenues. While over each of the last three transfer windows we have spent more in transfer fees than we have brought in through player sales, that will not always been the case.”

When asked about transfers this summer Martin said “We’ve bought a vision here for how the team should look here and the club have supported us as much as they can to achieve that vision and hopefully that will be the same this summer.

On the subject of finances, in a week where the accounts were released and the comment about player trading and/or external investment was made, Martin added “It is inevitable we will have to sell to buy.   I don’t think there has ever been a question of that.  The only other way to do it is to have someone who wants to put their money in, that’s been the traditional way but it causes a huge amount of problems for football clubs when that person decides they don’t want to put any money in.

“Every club outside the top four is a “selling club” if that is what you want to call it.   We don’t know how much we have yet but we know how much we need to bring in to the club whether it is through player sales or external funding.   I cannot control that and what will be will be.

“We have a succession plan for every single player and that is why we can remain relatively calm throughout the summer transfer window.”

It is likely that the players such as Joel Piroe and Flynn Downes will attract the most interest this summer which led Martin to add “It makes sense that the players who statistically are the best players and young enough to be an asset elsewhere will be the most attractive.   We just need to wait and see.   What I know is both players are really happy here and they have grown a lot this season and they are grateful for what we have given them.

“There will be a lot of change this summer and we will be busy.  I don’t know how much we will have but we have been reassured there is money there.   We didn’t spend much on Flynn and Joel and now they are worth alot so it does make financial sense to allow us to do the same again.

“We have a real foundation to build from and we will try and add some quality and depth.”

The Swans boss is clearly steeled for the departures that this summer is likely to bring with the clear question he is not aware of is where that leaves the overall summer budget.

It does feel as if the two interviews yesterday are slightly apart in the way they would like them to be but we have to wait for the summer to unfold to see how that develops and how much of that succession plan is needed as we head towards the new season.