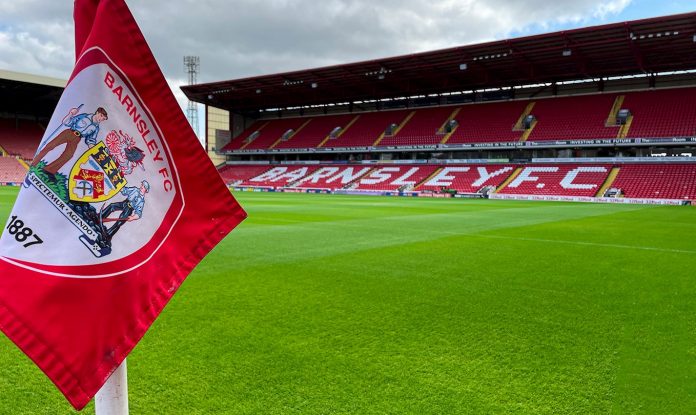 After a few shaky moments, Swansea appear to be finding form late in the season. They have won three in a row for the first time this season after a 2-1 win over Derby County last weekend. Their next test is a rematch of last year’s play-off semi-final, although their opponents have had little to shout about this season. Barnsley find themselves in 22nd place, just one point above joint-bottom sides Derby and Peterborough. They are eight points adrift of safety, albeit with a game in hand. While Swansea come into this game looking for a fourth straight win, Barnsley have won just once in that time and lost 4-1 to Millwall last weekend.

With relegation looming large, Barnsley did very little in the way of transfers. They failed to bring in a single permanent signing, although they managed to secure two loanees in the final hours of the window. The first was Amine Bassi who signed from Metz. The 24-year-old Moroccan midfielder has scored twice and assisted four times in 12 Championship outings.

After being linked with Swansea, Domingos Quina instead joined Barnsley. The 22-year-old Portuguese midfielder arrived from Watford, having spent the first half of the season on loan at Championship leaders Fulham. Quina struggled to find a place in the Fulham side and is yet to nail a starting role at his new club.

Barnsley are captained by Danish centre-back Mads Andersen. The 24-year-old has been at the club since 2019, joining from AC Horsens for a reported £900,000.

He began his career at Danish Superliga side Brondby, although he failed to make a league appearance for the side. After a successful loan spell at Danish second-tier Koge, Andersen joined Horsens. He played 28 league games for them before making his move to England.

Since joining Barnsley, Andersen has played in 108 Championship games.

After relying on Daryl Dike for goals last season, Carlton Morris has led the line for Barnsley. The 26-year-old forward has seven goals in 23 appearances. The 26-year-old joined Barnsley in 2021 after a loan-heavy seven-year spell at Norwich.

During his Norwich years, Morris amassed eight loan spells at six different clubs. He started off at Oxford United in 2014 before moving to York City for the remainder of 2014-15 season. Morris failed to score in the league for either side but enjoyed a more productive season at Scottish side Hamilton Academical in 2015-16. He scored eight in 32 Scottish Premiership games. He later had two spells at Rotherham, a loan at Burnley before two successive loans to MK Dons.

He joined Barnsley for an undisclosed fee in January 2021 and went on to score seven goals in 21 games. Morris was a second-half substitute in the first leg of the play-offs last year before playing the full 90 minutes in the second leg.

He has found form in recent weeks, scoring three in his last five games.

After Markus Schopp was sacked in November, Barnsley appointed

, giving him the unenviable task of steering them to safety.

At 36-year-old, the Swedish-Iranian manager is the joint-youngest boss in the league along with Wayne Rooney and Swansea’s Russell Martin. Unlike Rooney and Martin however, Asbaghi did not play professional football. His professional coaching career began at Dalkurd FF, where he served as an assistant in 2014-15 before becoming their permanent boss in 2016. He followed that with a brief spell at fellow Swedish side Gefle.

In 2018, Asbaghi was appointed manager of Swedish top-tier side IFK Goteborg. They finished 11th out of 16 in his first season in charge while his former club Dalkurd were relegated. Goteborg finished seventh in Asbaghi’s second season, also winning their eighth Swedish Cup. This saw them qualify for the Europa League qualifying rounds. However, Asbaghi was sacked during the 2020 season. Goteborg managed to avoid relegation, finishing 12th.

Two months after his sacking, Asbaghi became manager of Sweden’s Under-21s. He led them to five wins in seven games before quitting to become Barnsley boss in November 2021.

Asbaghi took over with Barnsley in the relegation zone, having picked up just three points from their previous 10 games. His first game in charge was against Swansea. After a shaky start to life at Barnsley, Asbaghi’s side have been improved since February. They have picked up four wins and three draws in their last 11 games after managing just two wins in their previous 29 games.

The two sides last met in the aforementioned Asbaghi’s first game in charge. Swansea came into the game on the back of a 1-1 draw at home to Blackpool, while Barnsley had just lost 4-1 to Fulham.

What followed was a fairly uneventful game, largely devoid of chances. It took 74 minutes for the breakthrough, with Swansea’s Olivier Ntcham netting his third of the season after a Ryan Manning cross.

Swansea doubled their lead five minutes later. This time it was Jamie Paterson who fired home from close range, finishing off a well-worked counter attack to give the Swans all three points. This moved Swansea up to ninth, just four points off the play-offs, while Barnsley remained 23rd.

Russell Martin was quick to praise Hannes Wolf after he continued his excellent form on Saturday. The Austrian took a bit of time to adjust after completing his January loan from Borussia Monchengladbach but seems to have fully settled into life in South Wales. He picked up another assist, sending an excellent cross in to Joel Piroe whose finish was equally special.

Joel Piroe once again proved to be the bargain of the season, adding his 19th and 20th league goals of his debut season in the win over Derby. The Dutch forward has hit fine form lately and seems to have formed a formidable partnership with Michael Obafemi.

Star midfielder Flynn Downes could play against Barnsley after making his return to training this week. Downes has missed the last two games with injury. Swansea were also boosted by news of Kyle Naughton’s new one-year deal. The veteran defender has been an integral part of Swansea’s side for quite some time.

This is yet another game where Swansea will be targeting a win. Barnsley are all-but-relegated while Swansea can still hold some faint hope of a late play-off push, although they can’t afford to put a foot wrong from here until the end of the season. A win will see Swansea secure their fourth successive league win for the first time since August 2019.

Matt Williamshttps://mjwwrites.wordpress.com/
My name is Matt Williams. I am a 24-year-old journalism graduate and aspiring sports journalist from South Wales. I am a fan of Swansea City, and regularly write about the team on my own personal blog. I also support the Carolina Panthers, and I am an avid follower of the Welsh national teams in football and rugby.

Swansea have suffered two frustrating draws in the last eight days. After being held 1-1 at home to Barnsley, they threw away a three-goal...
Read more

After a few shaky moments, Swansea appear to be finding form late in the season. They have won three in a row for the...
Read more

A week on from completing the first ever South Wales Derby double/doube, Swansea are back at home this weekend. They beat Millwall on Tuesday,...
Read more