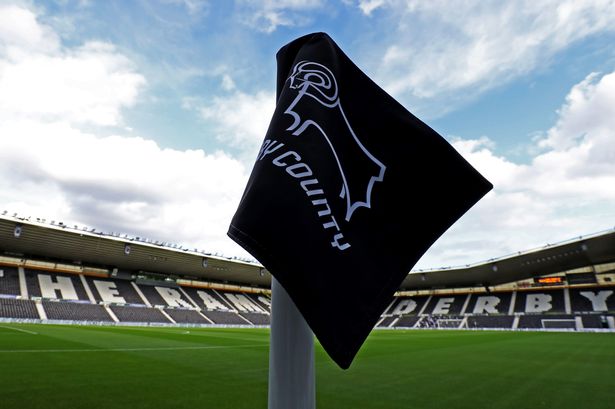 A week on from completing the first ever South Wales Derby double/doube, Swansea are back at home this weekend. They beat Millwall on Tuesday, securing back-to-back league wins and extending their unbeaten run to four league games.

Derby County will provide the next test for Russell Martin’s men. Derby find themselves in 23rd, nine points off safety due to their hefty 21-point deduction. Without the deduction, Derby would be in 17th with 49 points. Wayne Rooney’s side have exceeded expectations this year and could still avoid the drop against all odds, but they need to find form fast.

Derby’s financial uncertainty meant they endured another quiet transfer window in terms of incomings. Their only signing saw Luke Plange return on loan, immediately after joining Crystal Palace for an undisclosed fee.

Not only is Tom Lawrence Derby’s club captain, the Welsh international also leads the team in goals this season. Lawrence has bagged 10 goals, the joint-16th most in the league. The Wrexham-born winger has played 23 times for Wales, scoring three.

Lawrence began his career at Manchester United, first joining at the age of 8. He made his only Premier League start for the club in a 3-1 win against Hull City in May 2014, under interim manager Ryan Giggs.

While at United, he enjoyed loan spells at Carlisle United and Yeovil Town, before joining Leicester City for around £1.1 million. However, much of his time was spent on loan. He had spells in the Championship with Rotherham United, Blackburn Rovers, Cardiff City and Ipswich Town.

The highest profile manager in the Championship is Derby County’s Wayne Rooney. The 35-year-old finished his career as one of the highest scoring players in Premier League history, while also representing England on 120 occasions.

He began his career at Everton, emerging onto the scene as a teenager. Five days before turning 17, he scored a last-minute winner against Arsenal, making him the youngest scorer in Premier League history at the time. He went on to make 67 Premier League appearances for Everton, scoring 15 goals.

In 2004, he joined Manchester United for an initial £20 million. He was just 18 years old when he left his boyhood club. He scored 11 Premier League goals in his debut season, as well as bagging three in six in his debut Champions League campaign.

He made a brief return to Everton in 2017, spending one year at his boyhood club. He scored ten league goals that season, his best goal tally for the club. One year later, he joined MLS side DC United, famously owned by Swansea’s American owners. He spent two seasons at the clubs, scoring double figures in both campaigns.

In what was a major coup for the Rams, Rooney joined Derby as a player-coach in August 2019. He played 30 Championship games for the club, scoring six goals. However, he was named as interim manager in November 2020, removing himself from the playing squad. Although he didn’t rule out returning to the team at first, he retired from playing in January 2021 after being named the permanent manager. They finished 21st last season, narrowly avoiding relegation after finishing one point above Wycombe Wanderers.

Despite their financial limitations, Rooney’s Derby have performed well this season. They have earnt 49 points but find themselves on 28 following the 21-point deduction. Without the deduction, Derby would be comfortably clear of safety.

The two sides last met in early October. Swansea had just lost 3-1 to Fulham thanks to a first-half Mitrovic hattrick. Derby meanwhile had just beaten fellow strugglers Reading. although their hefty points deduction meant they were sat at the bottom of the table. Derby were unbeaten at home going into this game.

Jake Bidwell came close to putting the Swans in front but was denied by Ryan Allsopp. Tom Lawrence forced a triple-save from Ben Hamer. Swansea controlled the game with 76% possession, but Derby held strong to earn a share of the points. Swansea’s 15 shots were not enough to find a breakthrough, which saw them pick up their fifth draw of the season.

Swansea come into this game in good form after winning three of their last four games. They’ve scored five unanswered goals in their last two outings, including four in a derby-day hammering of Cardiff.

Ryan Manning returned on Tuesday after serving his suspension, while Jay Fulton filled in for the injured Flynn Downes. Paterson was rested with Hannes Wolf playing in a more familiar position. Joel Latibeaudiere was rewarded for his fine form with another start, while Andy Fisher made some crucial saves to secure his third successive clean sheet.

Despite Derby’s resilience, Swansea should be targeting a third straight win against a side destined for relegation.

Matt Williamshttps://mjwwrites.wordpress.com/
My name is Matt Williams. I am a 24-year-old journalism graduate and aspiring sports journalist from South Wales. I am a fan of Swansea City, and regularly write about the team on my own personal blog. I also support the Carolina Panthers, and I am an avid follower of the Welsh national teams in football and rugby.

Swansea have suffered two frustrating draws in the last eight days. After being held 1-1 at home to Barnsley, they threw away a three-goal...
Read more

After a few shaky moments, Swansea appear to be finding form late in the season. They have won three in a row for the...
Read more

A week on from completing the first ever South Wales Derby double/doube, Swansea are back at home this weekend. They beat Millwall on Tuesday,...
Read more